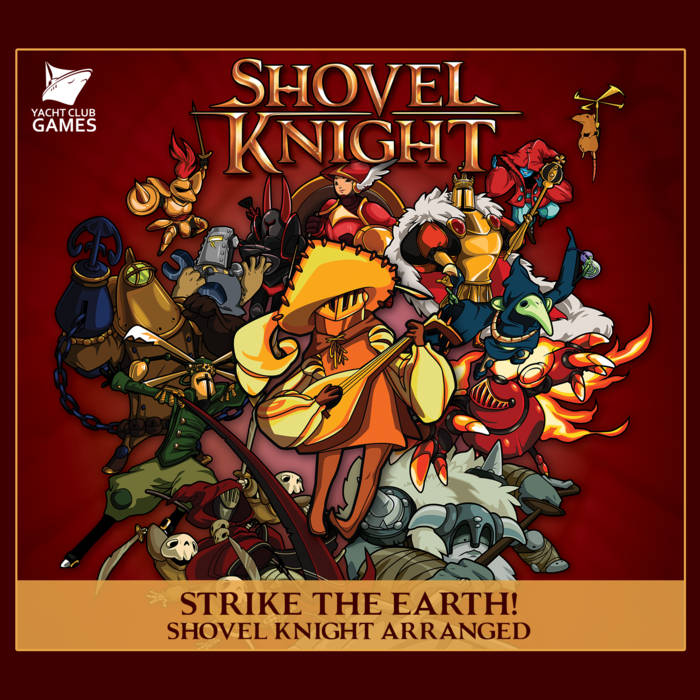 Mongoosling From remixes to full-on arrangements this album is great for any Shovel Knight fan. Favorite track: A Knight's Darkest Hour.

Arpiccione I'm not a fan of all remixes, but I must admit they all give a new depth to the chiptune tracks we're all familiar with. The same can be said about exclusive tracks, including my personal favorite. Favorite track: Ultimate VICTORY.

As some of you may know, I grew up musically as a fan arranger of video game music; before I wrote my first commercial game soundtrack, I had already written dozens of hobbyist arrangements, and released them for free through communities like OCRemix and VGMix. To this day I am still constantly arranging game music, as a hobby and sometimes as a job!

I have made many lifelong friends through the VGM scene, and several of these amazing musicians have graciously contributed their talents to this album.

One of the high points in my life is knowing that Manami Matsumae, one of my biggest inspirations and the composer of the ORIGINAL Mega Man soundtrack, actually arranged a song *I* wrote for a game. This is completely surreal, and hard to fathom.

I wholeheartedly encourage anyone reading this with any musical inclination to have fun with Shovel Knight themes! Even if you have no training or skills, it's never been easier or cheaper to get started with music. Shovel Knight was composed entirely using free software.

Make your own arrangements! Make music videos! Write lyrics! Do crazy stuff! Be brilliant! Be stupid! Share your creativity and love of game music with the world. It's why I make the source files available, and why this album is free.

Heck, if you write your own arrangement that you're proud of, send it to me! I may even add it as a bonus track to this very album.